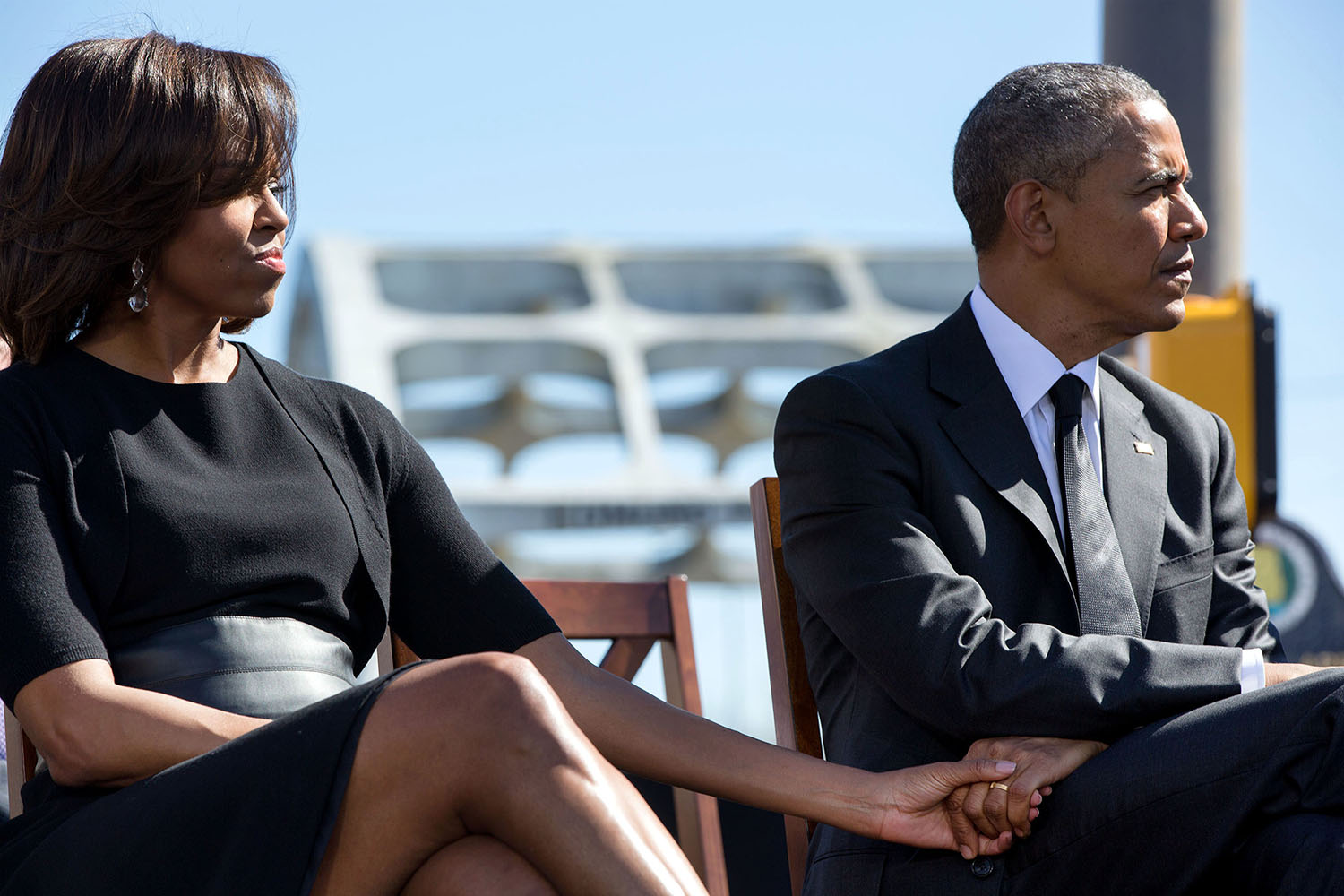 President Barack Obama made a startling revelation about his finances while trying to connect with younger voters on the campaign trail by saying that he and Michelle had only paid off their college loans eight years ago. While talking about the rising cost of college education, Mr. Obama said that it took he and the first lady over a decade to pay off their student loans.

‘Check this out, all right? I’m the president of the United States. We only finished paying off our student loans about eight years ago,’ he said while addressing college students at the University of North Carolina at Chapel Hill on Tuesday. ‘That wasn’t that long ago.’ It really wasn’t: that would mean that the couple paid off their loans in the same year that he ran for and won the Senatorial race in 2004.

By that point, he had been working as a state senator for seven years and Mrs Obama was working as an executive at the University of Chicago Hospitals. For the 2004 fiscal year, the couple reported $204,647 in taxable income which came from his state senate salary, her corporate salary, the royalties of his first book, Dreams from My Father and their earnings from respective boards. By the same calculation, Mr. and Mrs. Obama were 42 and 40 years old respectively when their loans were fully paid off.

That said, they did have two serious educations to pay for: Mr. Obama attended Occidental College before transferring to Columbia University to finish his undergraduate degree. Though the tuition fees have obviously changed since the late 1980s, Columbia was ranked as the most expensive college in 2012. Obama Reveals He and Michelle Only Paid Off Their Student Loans Eight Years Ago Mrs. Obama graduated from Princeton University, before immediately heading to Harvard Law School. Her husband followed three years after her- just missing her on campus. ‘Michelle and I, we’ve been in your shoes,’ he said while speaking to thousands of students on Tuesday.

He drove the point home, comparing their financial situation to that of his likely Republican opponent Mitt Romney who is known for his vast personal wealth which is somewhere around $190 million to $250 million. ‘We didn’t come from wealthy families. When we graduated from college and law school, we had a mountain of debt. When we married, we got poorer together,’ Mr Obama continued. The topic of college loans is likely to come up frequently on the campaign as the President tries to re-energize the young base of voters who played a significant role into putting him in office in 2008.

He is hoping to stop the interest rate on student loans from doubling on July 1. Though recent polls have him well ahead of the former Massachusetts governor in terms of favorability among young people, the concern is whether or not they will turn up to the polls. A NBC/Wall Street Journal poll showed that youth interest in the election dropped 18 percent from the 2008 election, from 63 percent when he first ran to 45 percent now. He is also due to appear in a taped segment for Jimmy Fallon’s late-night talk show tonight, joking around with the show’s signature ‘Slow Jam the News’ segment. Original article from Daily Mail